Wat Saket, also known as the Golden Mount (Phu Khao Thong), is located in the Pom Prap Sattru Phai District in Bangkok, Thailand. Wat Saket is a popular tourist destination in that is known for having a golden spire that rises about 260 feet above the ground. 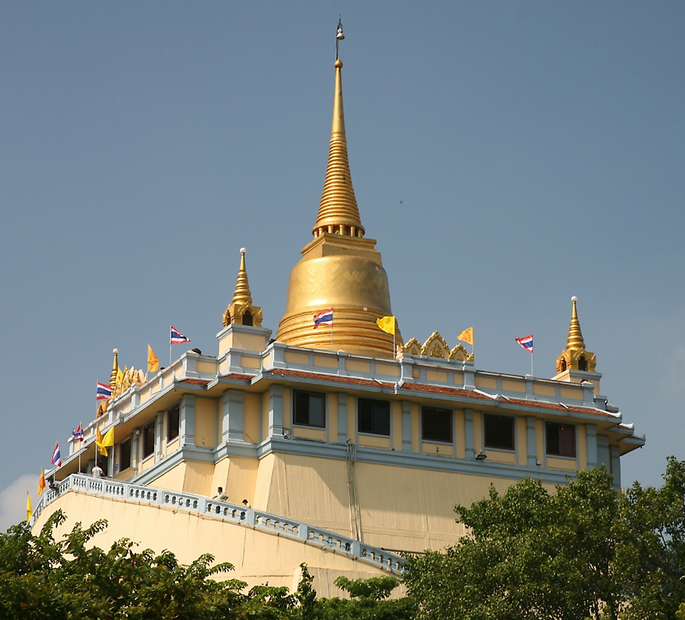 The first attempt to construct Wat Saket was originally started by King Rama III during the early 19th century. King Rama III wanted to construct a huge chedi (stupa) on top of the steep artificial hill, but the soft soil could not support the weight, and the chedi collapsed. The project was abandoned for a few decades until the collapsed structure began to take the shape of a natural hill that was overgrown by weeds. This was when King Rama IV began construction of a smaller chedi on top of the artificial hill. The construction was completed finally completed by King Rama V in the early 20th century. 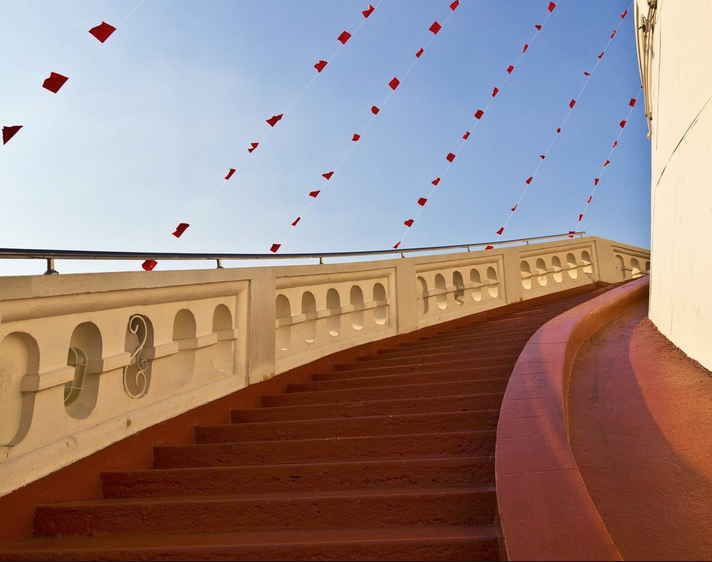 Wat Saket is open from 9AM to 5PM everyday and admission is 10 Baht. It is located near the Democracy Monument, on Borommabanphot between Boripat Road and Chakkaphatdi Phong Road. Getting to Wat Saket can be a bit difficult because it is not located near any tourist friendly transportation like the BTS Skytrain or MRT. The easiest way to get there would be to take a taxi, but you can always cut your taxi ride shorter by taking the BTS Skytrain or the Chao Phraya Express Boat to the nearest stop before catching a taxi.

The closest BTS Skytrain Stations would be the National Stadium Station on the Silom Line or the Ratchathewi Station on the Sukhumvit Line. Once you arrive at either of these stations you will still need to take a taxi to get to Wat Saket. Alternatively, you can also take the Chao Phraya Express Boat to the Memorial Bridge Pier and take a taxi from there. If you happen to be anywhere near the Khlong Saen Saep, you can take the Khlong Saen Saep Express Boat to the Panfa Leelard Pier. Wat Saket will be a quick walk to your Southeast from there.

Here is the map for the Khlong Saen Saep Express Boat