Wat Arun (Temple of Dawn) is most commonly seen on posters advertising Thailand tours or visit Thailand. It is arguably an even better known symbol of Thailand than The Grand Palace. The downside of the popularity of Wat Arun is that it tends to get a lot of visitors.

Wat Arun derives its name from the Hindu god Aruna, who is personified by the radiations of the rising sun. The temple at Wat Arun consists of a large central tower surrounded by four smaller satellite towers. There are varying reports for the central tower’s height from different sources, but the central tower is reported to be between 66 meters and 86 meters tall. The towers are decorated by seashells and pieces of porcelain that are said to have come from the ballast of ships that came from China to Bangkok. 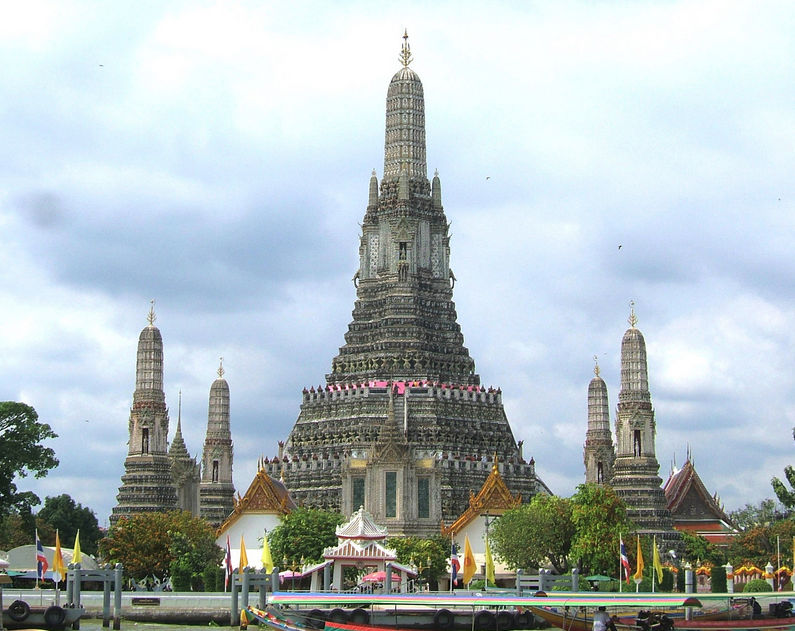 Wat Arun is located on the west bank of the Chao Phraya River in the Bangkok Yai district of Bangkok, Thailand and is open to the public daily from 8:30 AM to 5:30 PM. The admission fee for tourists is 30 Baht. Thai citizens may enter the monument for free. Although most people people visit Wat Arun during the daytime, some of the best views of Wat Arun can be found from across the Chao Phraya River after sunset. 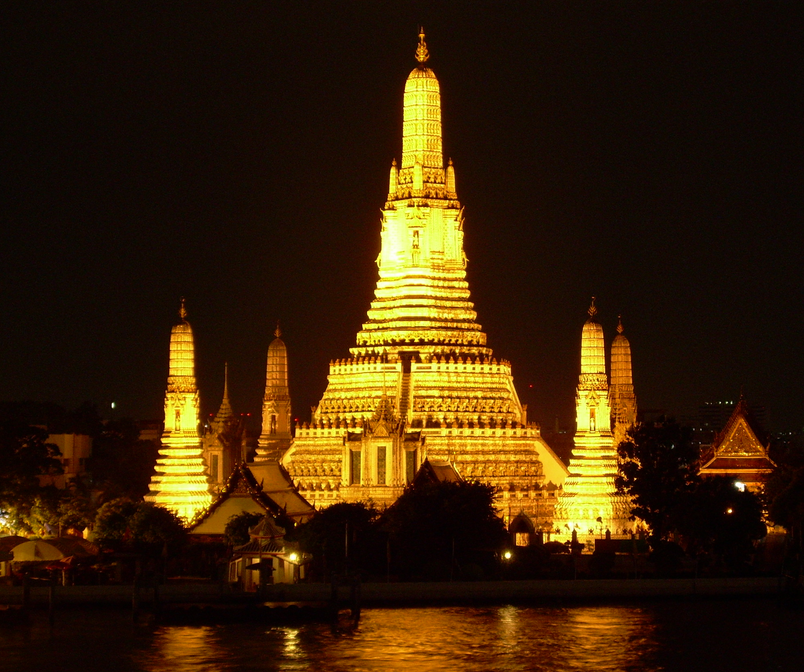 As with most attractions, you can get to Wat Arun by taking a taxi, but the easiest way to get there is probably by boat. To get to Wat Arun by boat, take the Chao Phraya River Express Boat to the Tha Thien pier. This is the same route you would take if you were going to visit Wat Pho (Temple of the Reclining Buddha), but you have to cross over to the other side of the river since the Tha Thien pier is on the east bank of the Chao Phraya River. When you get to the Tha Thien pier you will have to transfer to the cross-river ferry to get to the west bank. The cross-river ferry costs 3 Baht. Or, if you feel more comfortable taking a tour, you can sign up for the Wat Arun Tour.

Here is the link for the Wat Arun Tour.

Here is a slideshow of Wat Arun: