Some Thailand tours may leave the red light districts off of their list of attractions, but that doesn’t keep travelers and tourists from visiting. There are plenty of go-go bars and clubs scattered throughout Bangkok, Thailand, but the three most popular areas are Patpong, Soi Cowboy, and Nana Plaza.

Patpong is an entertainment area in the Bang Rak District of Bangkok, Thailand as one of the most famous red light districts in Bangkok. Patpong is located in the Silom area, which is the major financial district in Bangkok, so if you travel in the surrounding area during the daytime, you will see many high-rise building, banking institutions, law firms and condominiums. However, once the sun sets, Patpong turns into a major nightlife attraction for tourists. There are the world famous go-go bars and sex shows, but there is also a night market that caters to tourists by selling gifts and souvenirs.

Patpong consists of two parallel streets running between Silom Road and Surawong Road. The two parallel streets are called Patpong 1 and Patpong 2, but on google maps they are labeled as Phat Pong 1 Alley and Phat Pong 2 Alley. The next street to the east is sometimes referred to as Patpong 3, but is labeled on google maps as Silom 4 Alley, and caters to gay men while the street to the east of that, Soi Thaniya, or Thaniya Road, has expensive Thai hostesses that cater to Japanese men. 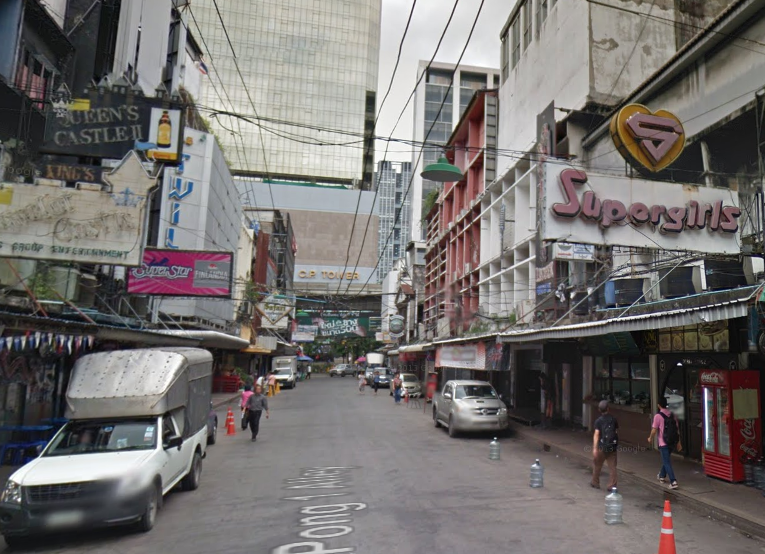 Patpong is easily accessible by taking the BTS Skytrain‘s Silom Line to the Sala Daeng Station. This should get you to Thaniya Road, so just walk west a couple streets and you will reach Patpong. Alternatively, you can also take the MRT Blue Line to the Si Lom Station. This will put you a little farther east, but a quick 5-10 minute walk west and you will reach Patpong.

Soi Cowboy is red light district in the Watthana District of Bangkok, Thailand. Soi Cowboy has arguably long surpassed Patpong as the most popular entertainment area for tourists, but has been known to have a more laid-back, carnival-like feel to it than either Patpong or Nana Plaza. Nana Plaza (also known as Nana Entertainment Plaza or NEP)is a red light district in the Khlong Toei District of Bangkok, Thailand. Nana Plaza is 3 stories high and is rumored to be the largest sex complex in the world. Nana Plaza is also known for having a number of venues that exclusively employ “ladyboys”. 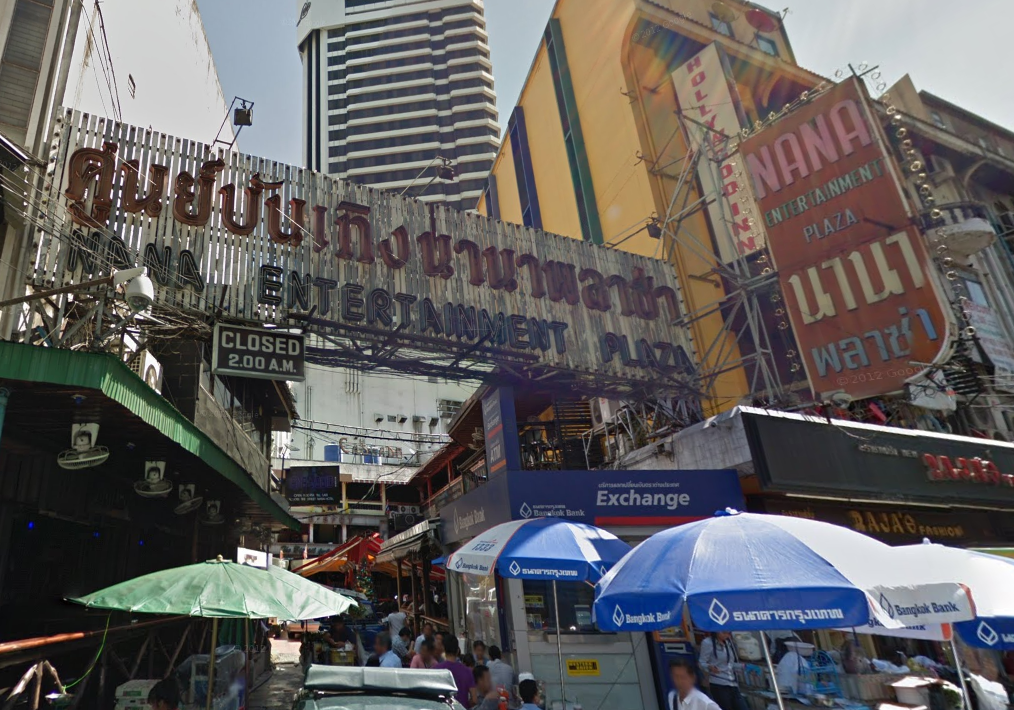 Nana Plaza is located on Sukhumvit Soi 4, south of Sukhumvit Road. Google maps has the street labeled as Sukhumvit 4 Alley. You can get to Nana Plaza by taking the BTS Skytrain Sukhumvit Line to the Nana Station. From there Nana Plaza will be to your west.