Khaosan Road is probably one of the most popular tourist areas in Bangkok. It is most well known for being the center for backpackers and many Thailand tours start from this area.

Khaosan Road, also known as Thanon Khaosan, is located in the Banglamphu area of the Phra Nakhon District in Bangkok, Thailand. Khaosan Road sits on the northern part of Rattanakosin Island, on the east bank of the Chao Phraya River and is about 1 km north of The Grand Palace and Wat Phra Kaew. The name “Khaosan” actually translates to “milled rice”. It was named this because the street used to be a major rice market. Nowadays it has developed into a world famous backpacker area catering to tourists from all around the world. 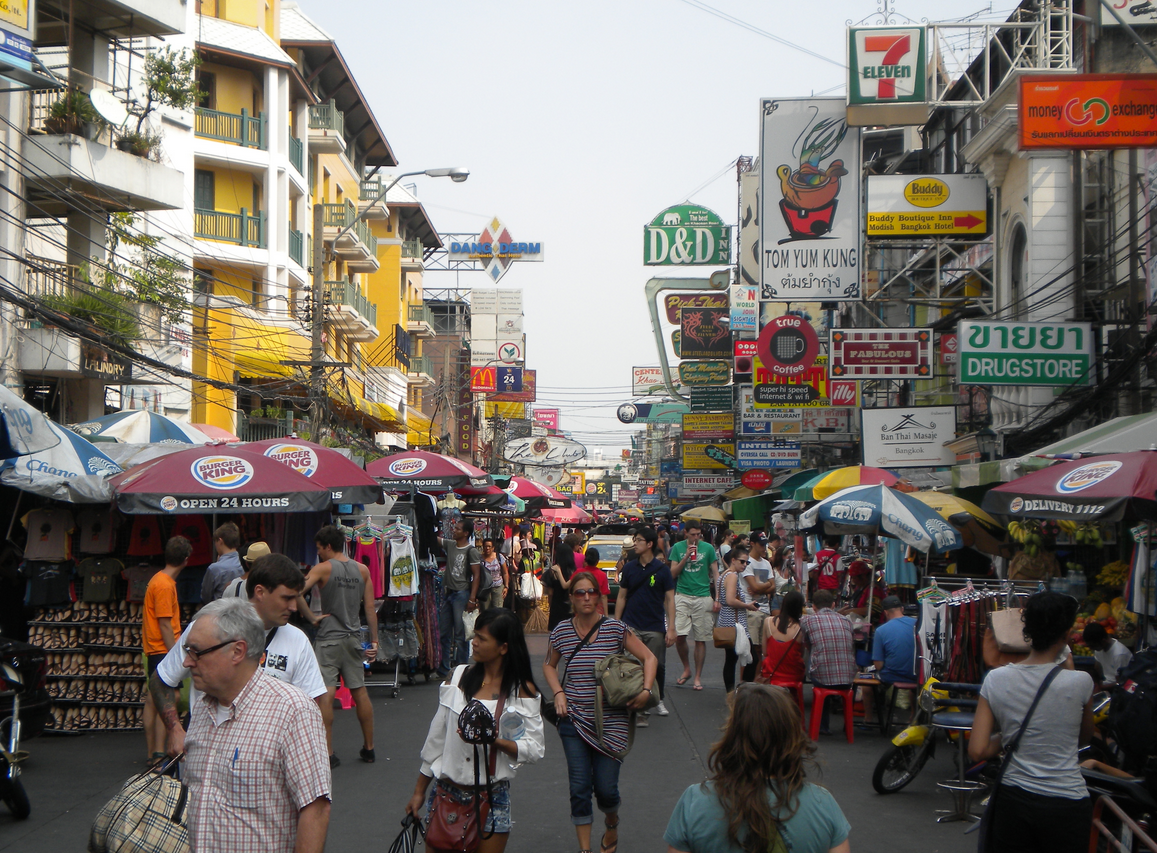 Khaosan Road has just about anything and everything that a tourist would need such as accommodations ranging from guesthouses to 3 star hotels. Shops selling everything from handcrafts, paintings, second-hand books and other backpacker items to pirated CD’s and DVDs. There are food stalls, bars, and clubs open until about 2AM so there will always be places to eat, drink, and party. There are also internet cafes, travel agents, tattoo shops, massage parlors and just about anything and everything else. 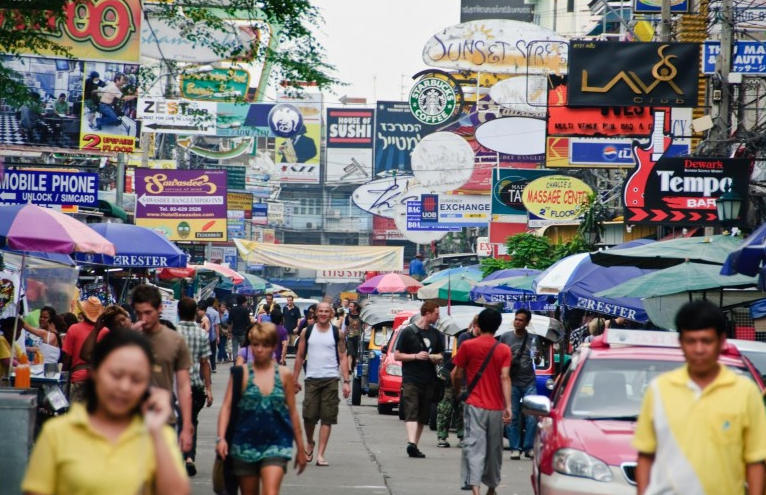 Khaosan Road has gained worldwide attention for being the tourist and backpacker haven in Bangkok, but this popularity has also brought some problems as well. Khaosan Road is also becoming well known for being one of the worst areas in Bangkok in terms of scams and annoyances. One common scam is Tuk-tuk drivers quoting prices that are the same or even higher than the price of air-conditioned metered taxis. Another scam is where the tuk-tuk driver drops off the tourist on a quiet street to be robbed by accomplices. There are also scams involving private bus companies who intentionally slow down trips, say from 10 hours to 18 hours, in order to coerce you into staying at a guest house of their choosing, which happens to be the one that pays the highest commission.