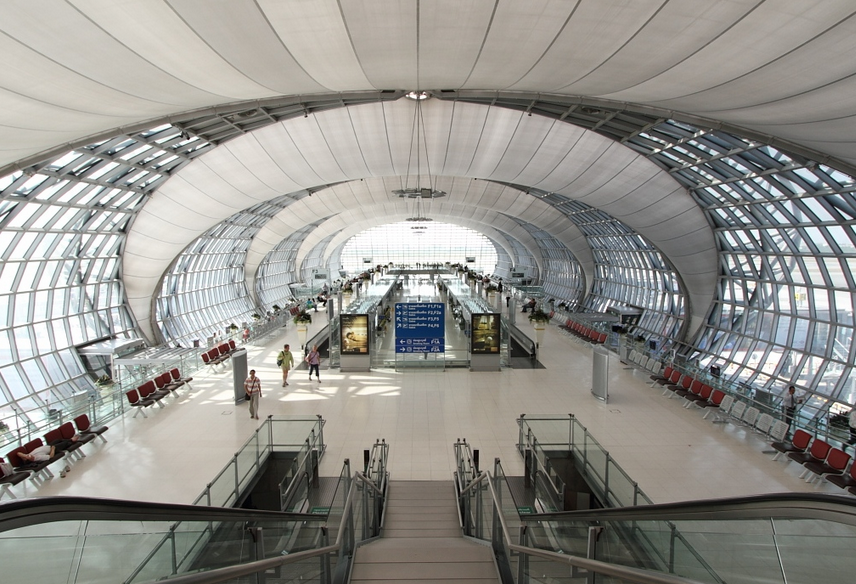 The main terminal of the Bangkok International Airport(Suvarnabhumi Airport)has 7 floors as well as a basement floor for the Airport Rail Link. The first floor is for bus and taxi services. The second floor is for arrivals, both international and domestic. This level also has the baggage claim and accommodation counters. The third floor has shops and restaurants. The fourth floor is for both international and domestic departures. This floor also has ticketing offices and customs services. The fifth floor is for Thai Airways and Star Alliance Offices. The sixth floor is the One Stop Service Center of Suvarnabhumi Airport and is for passenger complaints and other companies that work in the airport. The seventh floor of the airport is the observation deck.

The Bangkok International Airport(Suvarnabhumi Airport) is located in the Bang Phli District of the Samut Prakan Province in Bangkok, Thailand. It is about 16 miles east of downtown Bangkok and is easily accessible by the Airport Rail Link, which is the train that connects the airport to downtown Bangkok. You can also get to and from the Bangkok International Airport by taxi, bus, van and many other options as well.